The Light by Lars Hedbor 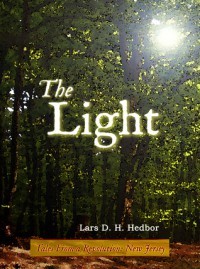 Note: Even though this is Book 2 in the series, it works perfectly as a stand alone.

The American Revolution was always such a boring topic in high school. Taught by dates and numbers and famous documents, it was a very dry subject. No more! Hedbor is bringing this bit of history to life. I quite enjoyed The Light, and that was unexpected. I did worry that this story might be a little preachy since the main character, Robert, is a devoted Quaker. Yet Hedbor did a really great job of getting Robert’s inner feelings and motivations across without ramming Robert’s personal beliefs down the reader’s throat.

The tale covers a lot of ground without feeling rushed. Robert has a serious falling out with his father, Peter, over their shared faith. Indeed, Robert goes on to become one of the New Quakers. Religion was an important facet to the lives of many people and for some the right to worship as they wish became their core belief.

Then we see Robert’s professional life. He’s a blacksmith and he has dealings with some Irish brothers (Angus and Rufus). He also has to make some hard choices about supplying the local English soldiers, or not. Or rather, will he supply only non-weapons, or will he make canon balls and the like? Robert’s firm belief in non-violence is his guiding principle, yet he has his wife and daughter to think of too. It’s a great conundrum to place our main character in.

The one weakness to this story is that the ladies are few and far between. They are only the home makers and comforters. In short, they don’t affect the plot. The author could have left them out and the story wouldn’t be different. So, sigh…. We all know women did more than clean, cook, and bear children during the American Revolution. Rebecca is Robert’s daughter. Then there’s Mary and Margaret. One is Robert’s wife and the other is his mom and I can’t recall who is who.

OK, back to the good stuff. There’s more drama as the first volleys of the American Revolution occur. I liked that we got to see them or hear about them from the characters, since they weren’t directly involved in the fighting. Yet they are definitely affected by all of it – the politics, the fighting, the change in commerce, etc.

I also like that the author held to some language norms of the time, using thee and thy and thou as appropriate. His little note on language and more at the end was great too. I always appreciate hearing why a historian chose this or that for a good story. 4/5 stars.

The Narration: Shamaan Casey certainly has an engaging voice. His deep voice reminds me strongly of Stefan Rudnicki, a favorite narrator of mine. He was great with the characters’ voices, keeping everyone distinct and imbuing them with emotion. I liked his regional accents. His female character voices were also feminine. The one weakness is in the technical recording. The volume does change here and there, and a few spots sound just a little like they were recorded in a cavern. So the technical side could use a little polishing. 4/5 stars.

I received a complimentary review copy of this book in exchange for an honest review. All opinions are truly my own.